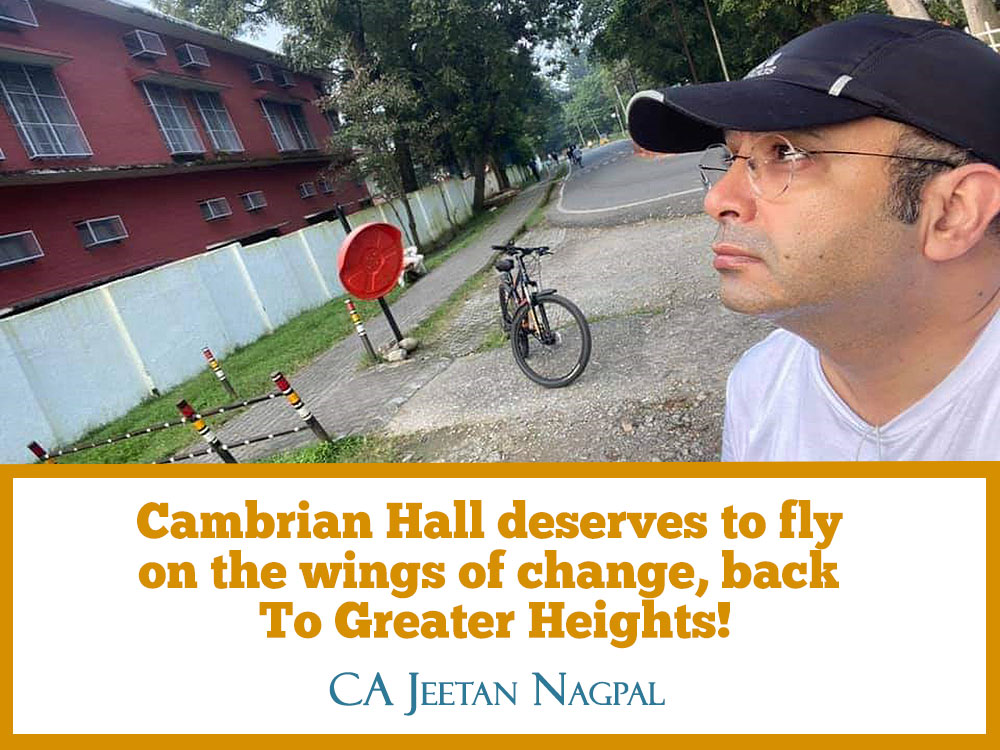 Today I re-cycled to my school!

As much as I take pride in being able to cycle on those demanding climbs between my home and Cambrian Hall when I’m on the wrong side of 50 now, I am equally proud of what I remember of my alma mater in its heydays.

Back then CH was one of the sought after schools in Dehradun - a small town historically famous for being home to some of the best schools in India.

Located on Young Road, CH would boast of a beautiful campus (it still does) setup in eternally disciplined Dun Cantonment - far from maddening crowd and yet at a stone’s throw from city center. Within its precincts the monumental Jodha and Doutre academic blocks, multipurpose Mainwaring Auditorium have all become legendary in their lifetime each offering many stories, some even for folklore.

The school which celebrated its silver jubilee with great elan when I was studying there in middle school is now nearing its diamond years. Founded by one with a Royal lineage, CH is a historic institution.

With the vision of its founder, legendary leadership of its first three Principals, and the painstaking efforts of the then masters and teachers, CH in its initial decades became a formidable seat of learning. Be it in academics or in sports, students made enviable records.

CH has alumni which are as impressive as it can be. From those at the helm of Indian Army to the ones at the pinnacle of renowned corporations, from talented professionals to admired historians and academicians, from leading scientists to successful entrepreneurs, from generous philanthropists to accomplished artists, from famous actors to many unsung heroes, Cambrianites can be found across the spectrum living up ‘To Greater Heights'.

However, the wheels of time have rolled a long way. Sadly, today’s CH is a pale shadow of its glorious yesteryears. But not all is lost yet. CH still churns out bright sparks. What it needs now is not mere recycling. It deserves to be reinvented. It deserves to fly on the wings of change, back To Greater Heights!