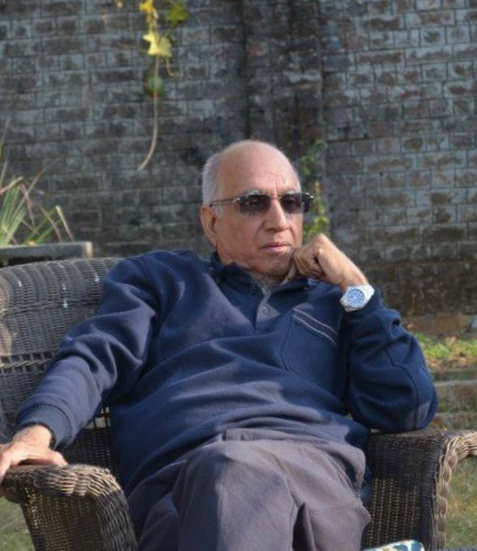 Sunday 20 July 1969, the day recorded in history as the moon landing day. Cambrian Hall’s Physics Lab. Mr Meredith Doutre, the principal, and myself (the first and the only physics teacher with the pretentious title of ‘senior physics teacher’) along with a dozen or so senior boarders huddled around a Bakelite radio broadcasting live the historic event. Those were the TV-less days in India, but that didn’t diminish our sense of witnessing history in the making.

The school didn’t have a hall, and the newly-built physics lab served as the venue for parent-teacher meetings, screening of movies for boarders and some such events. As I had equipped the physics lab, it was ‘my physics lab’. Mr Doutre was such a gentleman that he always ‘sought’ my permission to use the lab for any non-teaching activities.

I had joined CH a year earlier as a resident teacher. Being resident meant that I was provided with a large room with an attached bathroom and was expected to join boarders for their meals. I still remember the mushy, tasteless food with a strange kind of fondness. When I travelled around the world, that practice in eating boarding-school food held me in good stead – it had prepared me to eat whatever was served at the table (at a pokey restaurant or a road-side food stall in a strange country).

The other perks, if they can be called perks, of being a resident teacher were serving of bed tea in the morning and delivery of a bucket full of hot water in the evening. Every morning, a kitchen worker (I never called them servants) would knock at my door and leave outside the door a tray with a pot of hot tea, milk, sugar and a couple of biscuits. The Colonial British bed-tea service to the T. When the workers learned that I was no less gentleman than the admirable Mr Doutre, they would come into my room, mix tea, milk and sugar to my taste and hand over it to me while I was still in bed. No other resident teacher received such attention, and I was teased as the blue boy whatever that meant.

This bad bed-tea habit compelled me when I had settled in Australia to buy a teasmade, an ‘alarm clock’ contraption popular in the 1970s that, at a set time, poured hot tea in a cup and then rang the alarm. Efficient it was but lacked the warmth of CH’s kitchen workers. This contraption’s lack of understanding of my taste in bed tea, made me, after a few weeks, to give up the habit of bed tea forever.

The CH’s first Indian School Certificate (ISC) class was the class of 1970. I still regret that I left this brilliant group of teenagers nearly a year before their final exams. But I was young then, and I had my dreams of travelling around the world.

By nature, I’m a writer and a journalist. Teaching happened by accident and didn’t last that long. Anyway, Mr Doutre knew about my passion and asked me to revive the Summit. I assembled a team of students that put the Summit on a path of ‘greater heights’.

Recently, my cousin Shabnam Anand Singh, who was a CH boarder in the 1970s, emailed me a couple of PDF files of Summit. I was overjoyed to see the work of the first group student-editors flourishing.

After the ISC 1970 results, Arvind Chopra (ISC class of 1970) sent me a page of Summit listing the names of students. I still have the original page (in somewhat battered condition), and that was the last time I saw Summit – and that also was my last contact with anyone from the class of 1970. If the current editors have found a place for this clipping, you will notice that I have marked some names with S. They were my team of student-editors. I’m still proud of them.

Summit then was typed by an office clerk on a stencil paper and printed on a cyclostyle machine (that predated photocopying). The correction of mistakes was a difficult task, and any typos in the final edition made me mad – and also Mr Doutre, an English teacher, who then as the principal taught a senior English class.

One last thing, as I used to write for JS (a weekly magazine from Calcutta that started as Junior Statesman and then became ‘JS: a magazine that thinks young’) and had published many pieces on CH in JS, especially on the exploits of basketball tea. I hope basketball was still played at CH with the same enthusiasm as nearly half a century ago – and the school’s then vast collection of basketball shields, trophies, cups and medals is still on display.

Surendra Verma is a journalist and author based since 1970 in Melbourne, Australia. He would be happy to hear from CH alumni who still remember him (ozscience75@gmail.com). His website (www.surendraverma.com) lists the books he has published since his retirement from full-time journalism.